Well well well, I did not think we would be in the middle of a self-quarantine during half the month of March and indefinitely into April… so I’m continuing my “Behind the Scenes/Seams” of Skins.

Since we are all watching Netflix in between working from home, getting outside, cooking, prison workouts, writing, reading, LITERALLY ETC. I thought I would throw the guys a bone and break down THEIR style from generation one.

I’m thinking with all this time on our hands, it would be the perfect opportunity to examine fashions from my movie collection as well.

Now back to a Bristol college green…

The guy’s fashion in generation one and two of Skins had a conglomeration of style niches. For the young lads or men that are coming of age in 2007-2009 we had a mixture of wasp, school uniform (think St. Trinians, Gossip Girl), ghetto, genderfluid, preppy, 80s and grunge style. So here’s a little ode to friendship (miss you friends!) with the squad of Skins season one and two.

Maxxie & Anwar: the tap dancer destined for stardom and a poser under the thumb of tradition make an unlikely friendship.

Season 1, Episode 6 “Maxxie & Anwar” on their trip to Russia

Maxxie and Anwar make a hopelessly devoted bromance that goes through all the rocky roads to an imperfect friendship. They tackle many issues from self identity, sexuality, religion and imposter syndrome across the span of two seasons. As a traditional Muslim man, Anwar struggled with alternative lifestyle and grappled with Maxxie’s sexual preferences. Though they eventually made it through that friendship bump, season two brings bouts of more complicated topics. Anwar tries on many styles trying to find himself. He can be found in track jackets, experimenting with gold jewelry, snapbacks and ill-fitting pants that constantly fall down his string bean physique. He even turns into Maxxie’s copycat when he finds a girlfriend, aka “Sketch” Maxxie’s stalker in season two. 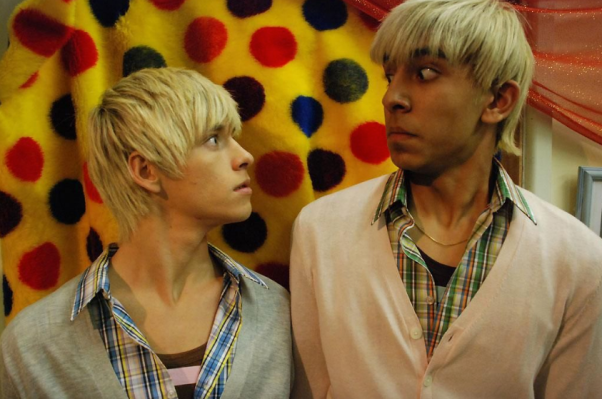 Maxxie brought a very metro, wasp-inspired style as a gay teenager coming of age. In the opening of the first episode Maxxie already sets his own profile wearing a newsboy cap, bright stripes and other pops of color. He dressed in fitted polos, tees and accent scarves Though most looks are fitted, season two’s opening episode showcases Maxxie dancing in billowy cargo pants that allow for some graceful, almost balletic, movement. While he does blend into the group in a more naive  demeanor, he is always polite and genuine. 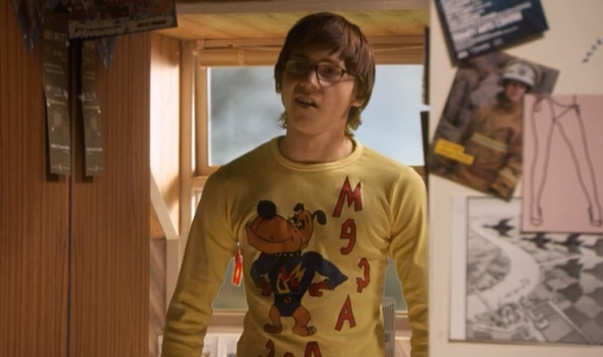 Cannot forget this homemade Mega Dog (?) shirt that has a noise box sewn into it!

Oh Sid… an exasperated doormat albeit, loyal best friend to his mates. He is immediately branded as the virgin of the group. Always with Tony and never speaking for himself, he tows an inner monologue that is melodramatic and fuels his inability to communicate with his love interest, Cassie. His uniform is hoodie or windbreaker, glasses, jeans and his infamous beanie. As Tony puts it: “Your always crap, rubbish food, no exercise and too much caffeine.” He takes crap from almost everybody and it shows in his wardrobe. There is a glimmer of hope when the group disperses in the season two finale; Sid is left to his own survival. With a backpack and a photograph of Cassie, he takes on Big Apple in search for her… and himself.

Sid and Cassie or Sid and Nancy?

Chris aka The Monkey Man: Pills and general debauchery 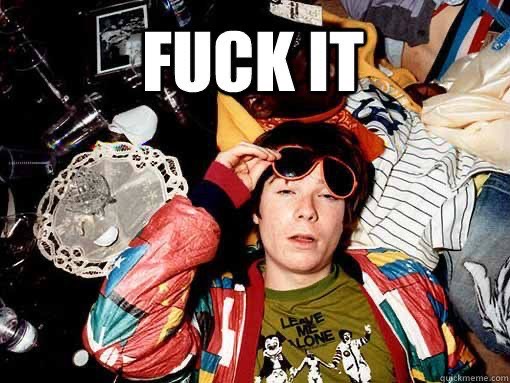 Chris: the life of the party. Also: DON’T ABUSE PHARMACEUTICALS

Chris is a lot of things: the class clown, loyal friend, pill addict and suffers from abandonment issues. He even fed his pet goldfish leftover molly pills… which he later had to flush down the toilet. He does all of this while wearing the coolest prints and graphic tees reminiscent of the 80s and 90s. Though he meets his dark fate from a drug overdose, him and Jal found love in each other and he always had an outlandish variety of looks.

Chris probably flirting with Angie the psychology teacher in season one.

Tony: a confident swagger and guns a blazing

Tony dominated the first season as the “Fu*k Boy” who is *supposed* to be a monogamous relationship. He strings Michelle along for most of the season in a manipulative labyrinth of deception, backhanded compliments and toxic love.. up until she finally punches him in the face. He hides this well in his polished wasp style: polo style shirts, cardigans, jumpers (sweaters), slacks and stripe patterns. In the opening credits you can see his drawer full of some basic polos similar to that of Don Draper’s office drawer of crisp, white dress shirts in Mad Men. The couple finally patch things up in the season two series finale

And that’s all for now! I hope everyone is making the best of this quarantine if you can. It’s the only way to get through it, really. Between looking for jobs, freelancing, or applying for unemployment… learn something new or rediscover your passions. Think back to your childhood… what did you love? Try a new show too! All of the Skins series is still on Netflix after all. We will continue our saga with the next generation soon. Over the weekend I’ll be watching Clueless to do a style breakdown during this quarantine period.

Here are a few honorable character mentions in Skins who also had eclectic wardrobes.

Kenneth the newspaper seller with his neon windbreaker and fanny pack. 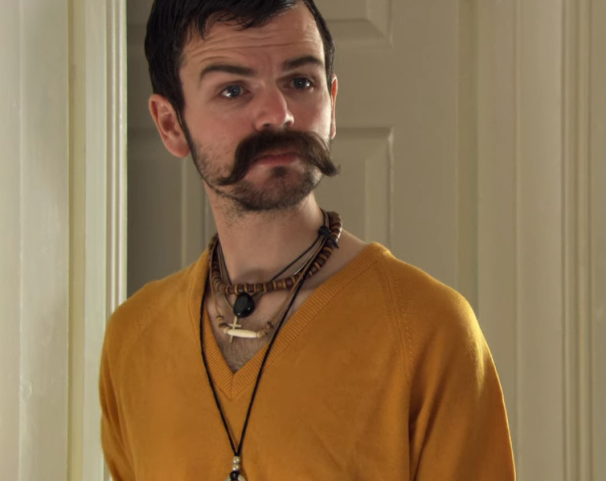